Frontier Airlines’ handling of pandemic-related flight cancellations triggered outrage and spurred appeals for reform. Yet the Denver-based airline expects increasing demand for what it calls “Low Fares Done Right.” Will passengers who believe they were defrauded return to the ultra-low-cost airline?

By late March of last year, Darcy Lundstrom knew she wouldn’t be boarding any of the flights she’d booked for April and May. The girlfriend getaway to Las Vegas, the vacation with her daughter to Orlando, Florida, and the visit with family in Fargo, North Dakota, all seemed pointless and risky once the COVID-19 pandemic had closed tourist attractions and public health officials preached the gospel of isolation. 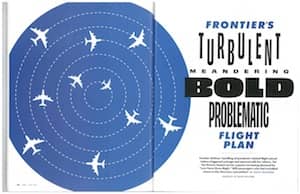 So when Frontier Airlines emailed the Loveland resident and offered her $250 in bonus credit for the three itineraries she’d booked, on the condition that she cancel her upcoming trips and accept their $959.98 value in credit, she jumped at the opportunity. As a frequent Frontier customer and annual subscriber to the company’s Discount Den, which offers access to the airline’s lowest fares, she figured she’d have no problem logging some sort of travel within the credit’s two-year time limit.

Indeed, this past summer Lundstrom decided she had to see her family, and, in June 2020, she tried to use her Frontier credit to get a ticket from Denver to Bismarck. The transaction wouldn’t go through. She reached out to customer service and learned—for the first time, she says—that her credit had to be redeemed within 90 days of issue. It had expired shortly before her booking attempt. “That 90-day restriction was not listed in the original email,” says Lundstrom, who did eventually find it in small print in a subsequent email from Frontier. She failed, however, to persuade that customer service agent, or any of the others she called and messaged, to reinstate her credit. Her $1,209.98 was gone.

Hundreds of travelers registered complaints like Lundstrom’s on social media throughout the summer. One Facebook group called Frontier Airlines Petition For Compensation became a forum for livid passengers who claimed they were defrauded. Some, like Lundstrom, didn’t know about their credits’ 90-day expiration until they tried, too late, to use them. Others claimed that the credits allowed for only one redemption—meaning that if travelers didn’t use the entire dollar amount when they booked a trip, they inadvertently forfeited the remainder of their credits. Consumers also swapped strike-back tactics, which included emailing Frontier Airlines executives, petitioning credit card companies for refunds, and registering complaints with Colorado Attorney General Phil Weiser.

Click here to read the rest of the article, with photography.